2022 crucial year for Dutch ambitions for hydrogen and green chemistry

On Tuesday 7 December, the top executives from the business community and the knowledge world made further agreements during the third round table ‘Hydrogen and Green Chemistry’ about the scaling up of technology and the intensification of research and innovation. This was done under the chairmanship of the Ministry of Economic Affairs & Climate. “The objectives are clear. There is a clear action agenda with clear milestones. And the financing is ready. Now speed up’, concludes a unanimous round table.

With the official approval of the GroenvermogenNL growth fund proposal (€338 million), investments and programmes will start in 2022 to strengthen an ecosystem for hydrogen and green chemistry in the Netherlands. During the round table, the plans submitted for the second round of the national growth fund that should further strengthen the ecosystem in areas such as agri-based chemicals, electrolyser manufacturing equipment, the upscaling of green hydrogen and application in sustainable value chains, were discussed. synthetic aviation fuels and hydrogen production at sea.

Points of attention action agenda
Much progress can be made in the report on the monitoring of the hydrogen and green chemistry round table action agenda. In the opinion of the round table, the urgency of the transition is becoming increasingly visible. The energy strategies for the clusters have been drawn up, the new cabinet will decide on ready-made plans for additional wind capacity, the required infrastructure will be tackled in a coordinated manner and with resources, including €750 million for converting the gas network for hydrogen transport. But there are also bottlenecks. For example, the round table concluded that the Netherlands is not yet making sufficient use of the potential of the EU Innovation Fund. This is apparent from the outcome of the first round in which no Dutch projects were awarded funding. The round table also sees 2022 as a crucial year in which acceleration is required in all facets of the action agenda.

Collaborate to accelerate
The participants in the round table sent a number of important signals to each other and to the government. For example, the business case cannot yet be completed and lessons can be learned from the business case for biobased. Attention to internationalization is also essential; the call is therefore on the government to seek cross-border cooperation. Extra attention to system integration is needed. The electricity system should be two to three times as large. Companies want to work together to help TenneT with this enormous challenge. More attention is also needed for other colors of hydrogen to accelerate the transition. For the Dutch manufacturing industry, points in the value chain are important where you can occupy a unique position worldwide. Finally, the question is where should the engineers come from? But also broad knowledge from non-technical fields. The demand for human capital currently exceeds the supply.

Package of National Importance
At the end of the round table, the figureheads of the top sectors gave a reflection on the third round table and a vision for the coming six months to the fourth round table, June 28, 2022. Among other things, the figureheads called for a round table to form a package of projects from national interest that industry, knowledge parties and government want to achieve jointly. In this way, the sectors involved show that they collectively and unitedly support a package of projects to realize the climate ambitions. 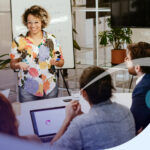 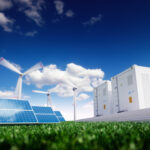 GroenvermogenNL starts with €30 million for pilots for green hydrogen 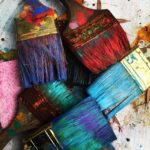 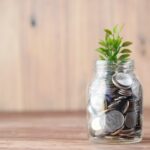 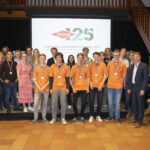